Hey fam!!! Hey sorry i am late again. There was no internet yesterday again in all of Puerto so we couldnt write.


Like i have said before, weeks in Puerto go by so fast. 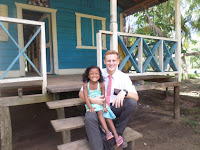 We had a good week this week. Since we had to drop of ton of investigadors we didnt have a ton of investigadors to visit so we had a lot of time to find. It was good though because we found like crazy! We found a bunch of cool new families and people to teach. Contacting isn't the funnest thing in the world to do but it is necessary if you want to baptise! We had 2 new families that we have go to church this last week which was really good.


We saw some miracles this week. We had 9 investigadors in church this week! I was so happy to see that we brought 9 people to church. We worked pretty hard this week and God blessed us with that. We are going to visit those families this week to see if they are going to keep progressing.


On Saturday, we had a baptism too. We baptised a chick named Sheral. She is the cousin of a less active that lives in our area. Her story was pretty cool. She was catholic but wasnt active in the church. She told us that she felt alone and that she wanted to feel the Lord's presence in her life. So we had been teaching her for about 3 weeks and she got baptised this Saturday. She told us that on the Thursday before her baptism she said a prayer and the Lord gave her an answer. She told us that her prayer lasted 2 hours and when she got done she got filled with happiness. Everyone receives different answers to their prayers and I was glad that she got hers. Her baptism was awesome. 12 people got baptised at the same time. It was a good Saturday. 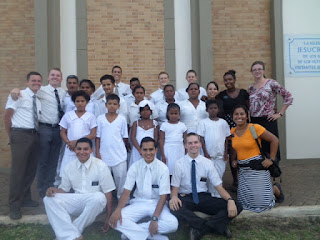 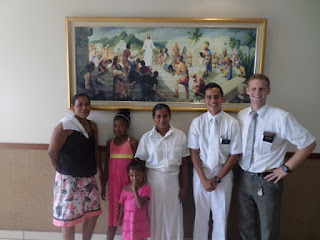 That chicken that you guys saw that we put to sleep....we caught an ever bigger one and killed that sucker yesterday and we are going to have chicken soup tomorrow for lunch! I am pumped for that! haha


Well that was a little bit of my week. I hope you all have a great week! I love you all so much! 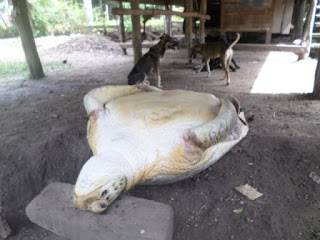 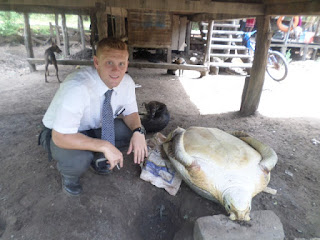 Posted by Unknown at 2:54 PM No comments:

Familiki! Nahkisma?? Yang uva pain sna. Yang Miskito aisisna :)
My fam, how are you?? Ya that was a lil sneak peak of Miskito for you guys!
Well this week was alright. It went by really fast. I feel like the weeks go by way faster here in Puerto than in the Pacific. I remember when I would look at the time and add up the hours that I had left in the day and now I add up the hours on my watch and I panic to see only a little bit of time done.
My comp was still sick a little bit this week. I felt bad for him. We didnt even make it to the house before he starting throwing up all over the road. He is better now. He is now acostomed to the well water here haha it happens to everyone.
This week we had to drop a lot of investigadors. We decided to just drop all of them that werent really progressing to fast. We dropped down to only 7 investigadors so we have a lot of work to do now this week. We have a lot of plans and goals to see some miracles this week, and all we got to do it put them into action. Even though we dropped a bunch, we still had people go to church this week and we are going to have a baptism this week! We are going to baptise a girl named Sheral. She is part of the family of a less active we have. She has been going to church a lot and she told us on Saturday that she had received here answer and God told her that she needed to be baptised. So we will have her baptism on Saturday.
The boats are getting back in from the sea now and I am now seeing a bunch of fish and different types of sea creatures being sold in the streets. This week I had some turtle meat and some shark. I liked the shark better than the turtle but they were both good. The turtle we ate was huge! It was a huge sea turtle they caught and our lunch girl bought some and cooked it up for us.
On sunday, Ceforino spoke. It was cool to see him up there. He was baptised this month and he already gave a talk in church. He is pretty beasty! He was also the dude that gave us some shark!
Well, another week down, another week to go. I cant believe I am now on my downhill stretch.
I hope everyone has a great week! I love you all!
Elder Sherle 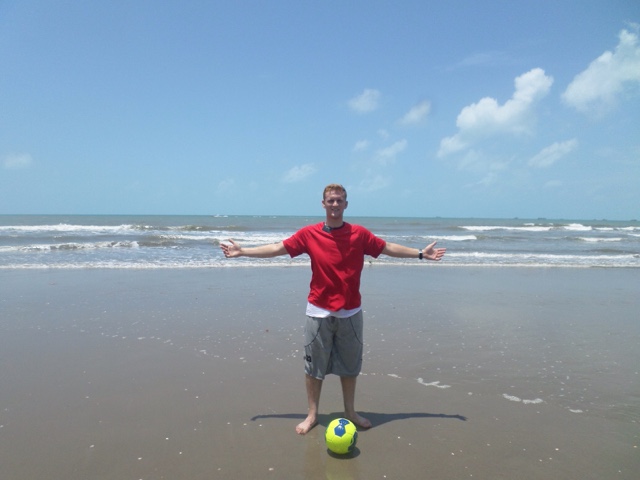 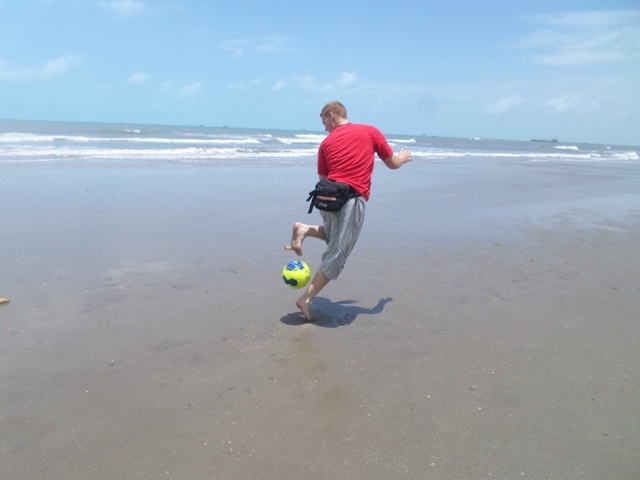 It looks like is soccer skills are getting pretty good. 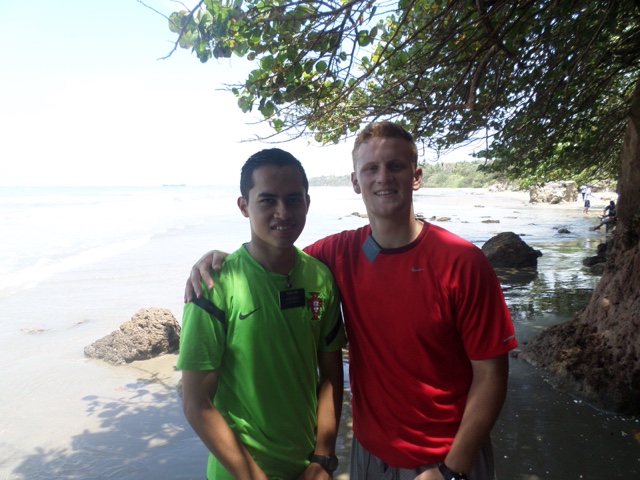 John and his companion, elder chin. Elder chin is from Guatemala 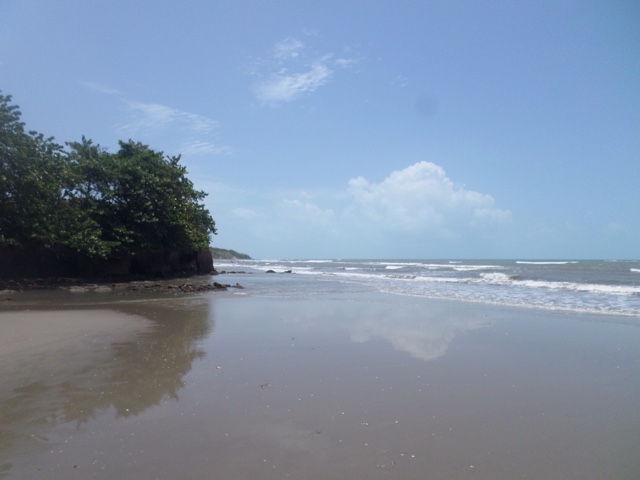 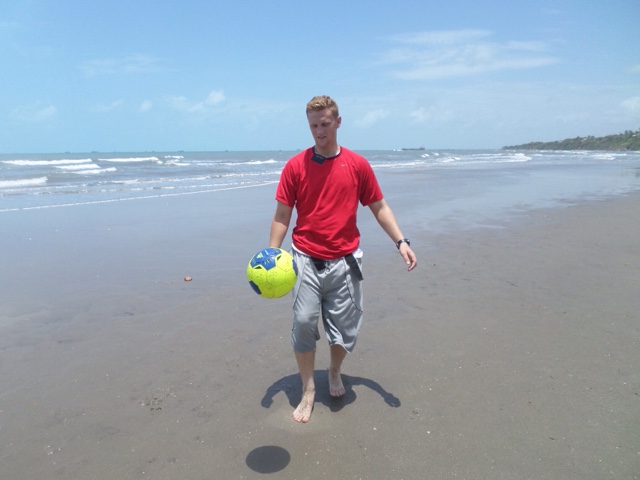 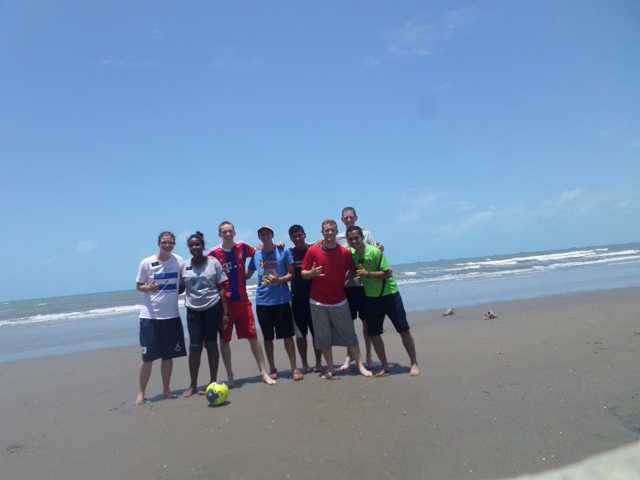 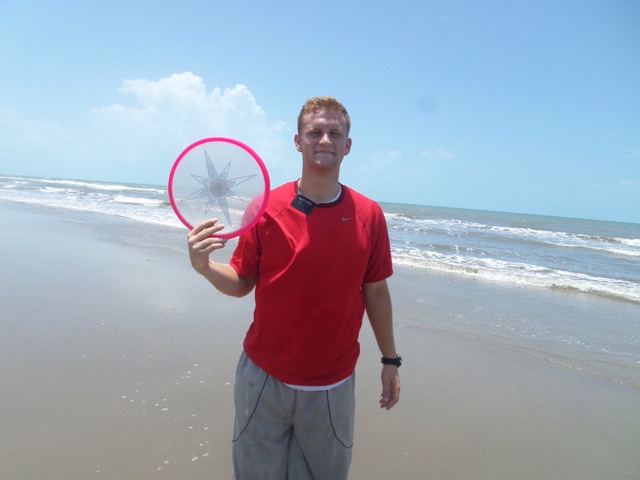 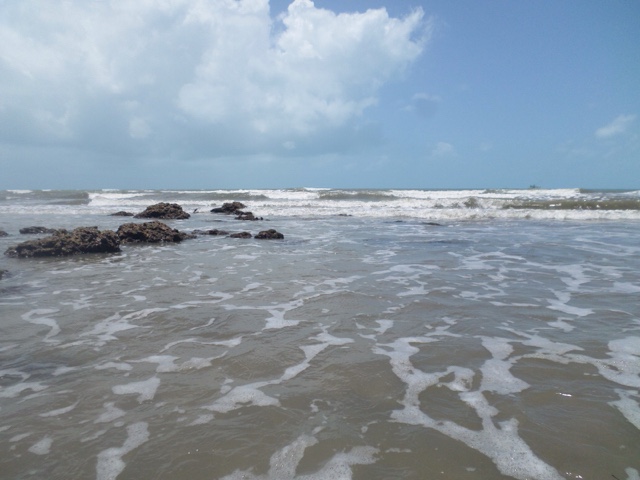 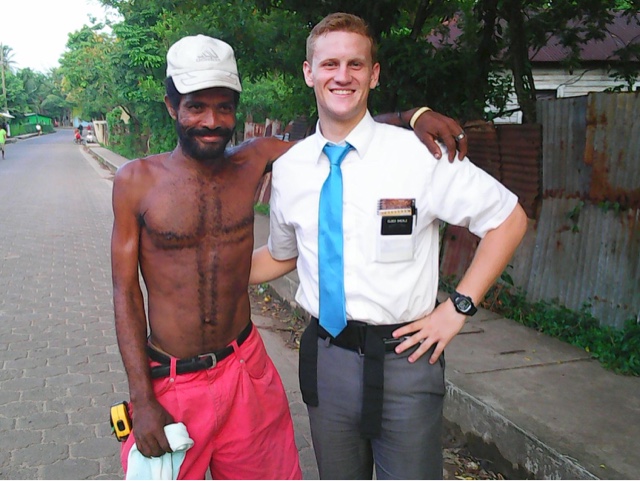 From John, "this guy shaved a cross in his chest hair, only in Nicaragua".
Posted by Unknown at 9:56 PM No comments:

Hey fam! Another week down and another week to go! It was a good week here in Puerto Cabezas.

FIrst off, President came over here again. He came here for interviews and to see how the branches are doing here. In my interview he gave me some good ideas on how to plan. I have definitely learned how important it is to have plans. WIthout plans we just have dreams. If we want to do the Lord's work here we need to plan in his way, name by name, investigador by investigador. I feel like when I get home this will help me in my life because I am learning how to be organized and to have a plan with what I do.
I got a good story to tell this week. So on Friday I got a call from Elder Jacobsen. He called me and told me that a guy named Eddie was about to be baptised this last Saturday. Eddie was an investigador that Elder Jacobsen and I had when we were in Rosario. We worked with him so hard to get him baptised but he just didnt take the step. He always went to church and always told us how he just needed more time and needed to learn more. Well, about 10 months later he finally got baptised. I was so happy to get that call. Sometimes we as missionaries just plant the seeds and then someone else gets to see the fruits. The Lord has a plan for everyone and has a time for everyone. When Elder Jacobsen and I were teaching him it just wasnt his time. Pretty cool story.

My comp was super sick this week. Everyone gets sick when they come here to Puerto because of the well water and the different food. It hit my comp pretty hard. He had the double headed dragon for a whole day. We lost like 2 days in our area because he was so sick. It was bad. I felt so bad for him. He is feeling better now and now he is all accostomed to Puerto now.
We saw a cool little miracle this week. So with him being sick, we didnt have time to go get investigadors to bring them to church. So we were going to end up with 0 investigadors in church. We only passed by for 2 people and they told us no, but in the afternoon 6 of our investigadors that we had showed. We were so happy that even though my comp was sick and he could barely walk that we still had 6 investigadors in church. It was a nice little miracle that God gave us.

Well, thats all I got for you guys this week. I am good. My miskito is getting better, i actually taught a half lesson in miskito this week :)

I hope everyone has a great week! 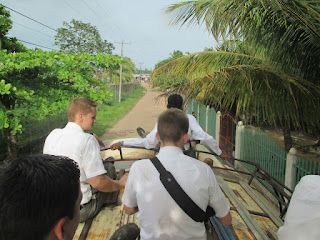 Posted by Unknown at 2:28 PM No comments:

I hope everyone had a great fourth of July! I AM PROUD TO BE AN AMERICAN! I felt very grateful to be an American on Saturday. All of us gringos were super pumped on Saturday for the fourth of July. I wish i could have seen some fireworks, but I guess i will have to wait a little bit longer.
This week was a great week. We saw a really cool miracle. 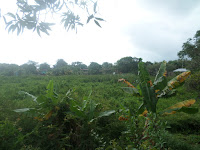 So we have been working with this guy named Ceforino for a lot of time. He is the husband of a member and he has had problems with drinking for a very long time. He would quit then fall, then quit, then fall again and was like that for a long time. They werent married either because of the divorce of the member wasnt finished. He would tell us all the time how he wanted to change his life. So two weeks ago the divorce finally was finished and they were ready to get married. He has been clean of drinking for about a month now and is completely different. He is now a new man. He has more energy, he is happier, his family is happier, everything is better. On saturday, we got to see him get baptised. We got them married first and then had his baptism. I have never seen someone so excited to get into the waters of baptism. He had a spirit with him that I had never seen in him before. It was a very cool experience. He even came to church with a white shirt and tie on Sunday to get confirmed. There is just something about seeing people change their lives for the better. To see people humble themselves and look for the Lord. It always makes me feel so good that I can be apart of that and help people come unto Christ and just be happy. To live a happy life and be able to overcome challenges in our lives. 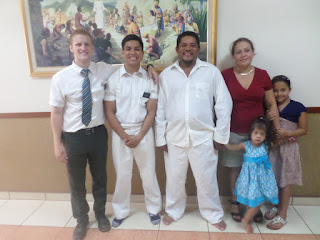 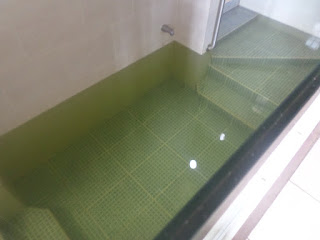 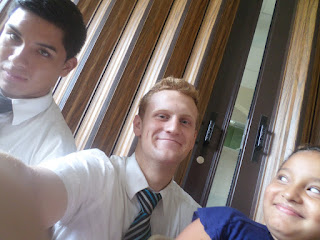 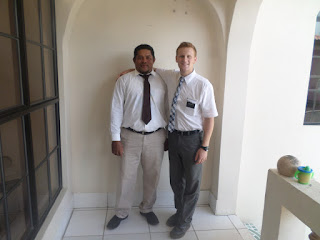 Also, we had changes this week. I am still in my area but I got a new companion. His name is Elder Chin and he is from Guatemala. I went to the airport to drop off Elder Choque and pick up Elder Chin. I am Elder Chin's "Puerto Dad" haha. He has got about 14 months in the mission. I am excited to be with him. He is a cool dude. Well, thats what I got for you guys this week. I love you all. Talk to you next week!!
Elder Sherle